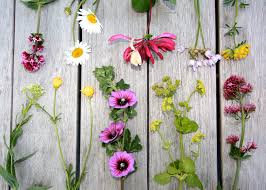 The elements just keep on giving this year. In the space of three months we’ve had record cold and record heat; now record rainfall, at least in some parts of the country. As for East Kent, we’ve largely swerved the dramatic thunderstorms that have squatted like sumo wrestlers over parts of the UK, not shifting, weighing the atmosphere down with heat and humidity. But we have had fog – days of it – lingering not only along the coast but inland too. Not cold, penetrating fog, but something more akin to the steam you get in a bathroom after a hot shower. I put my tillandsias outside two weeks ago and they are loving every misty moment. In fact, most plants are. It’s not ideal for Mediterranean plants, but since we’ve had almost no rain they are not too fussed.

The week began with what’s become an annual Bank Holiday pilgrimage to Kingsdown, near Walmer. It’s one of those unique and precious spots that instantly convince you there’s no-where more beautiful in the world than where you are right now. Part of the village is built at the back of a wide shingle beach, just beyond the tides’ reach. Facing the sea is a super little pub called The Zetland Arms. It’s named after a ship that foundered off Ramsgate, The Earl of Zetland. After lunch, we strolled around the corner to admire the cottage gardens along South Road, brimming with Santolina, Centranthus, cerastium, and fennel. They are utterly joyful, augmented with a cardoon here, an olive tree there, but basically a ribbon of drought-tolerant, sun-worshipping loveliness. I doubt much maintenance is required. These are the right plants in the right place and that is why they are so glorious.

We undertook the three-mile walk along the rising chalk cliffs to the Old Coastguard Station, only to find that the café was closed and for sale (a snip at £1.5M if you fancy it). Neither the dog nor the children were amused at the lack of refreshment, but on the way back we stopped outside one of Kingsdown’s clifftop villas for a charity tea, so all was well. It is a little early for the chalk grassland to be in its prime, but there was plentiful hawthorn, elder, drifts of common sainfoin (Onobrychis viciifolia) and hearty clumps of rosy garlic (Allium roseum – top row, second from right).

Going back to a five o’clock alarm call was a shock and the weather immediately turned sour. At Broadstairs station, my normal view of the sea sparkling in the distance was obscured by thick fog for three days on the trot.

Meanwhile, the carpenters arrived to reverse forty years of wear and tear to the workshop doors. They had them looking almost as good as new in the space of two days. I now have to paint them so that they’re ready for my gardening opening in August. They’ll be returned to off-black on the outside (Farrow and Ball ‘Railings’) and The Watch House’s signature green on the inside (Farrow and Ball ‘Vert de Terre’). The third job is to cut a new door in the side of the workshop so I can get in from the garden. This is a messy job and has already covered everything in a thick layer of brick-dust. With any luck, it will all be done and dusted (literally) by the end of next week. Despite all the noise and activity, a delightful family of blackbirds nesting in the passageway are carrying on as normal. There are five chicks, keeping mummy and daddy busy from dawn until dusk. 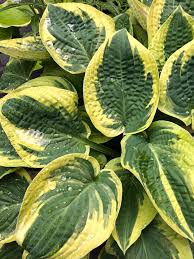 This weekend I need to get a wiggle on and finish potting a number of plants into larger containers. I am willing the daffodil foliage to die down so that I can shift these pots into the workshop for their summer rest and space out other plants in readiness for their imminent growth spurt. I have resigned myself to not having time to dig out all the concrete and brick to create a border in the Gin & Tonic Garden, which means another summer of watering pots, albeit larger ones. It’s not ideal, but once they fill out they will be almost invisible. It’s also time to start feeding in earnest. For flowering plants, I tend to use tomato food so as to encourage flowers rather than more foliage. As for the tomatoes they are in rude health: surrounded by marigolds – French and African – they make me feel terribly nostalgic. The scene and the scent transport me back to the cedar lean-to greenhouse my dad had when I was growing up in Plymouth.

Next week I’m in Derbyshire for the second RHS Chatsworth Flower Show. One thing is for sure, the weather on press day cannot be any worse than it was last year, and let’s hope the traffic congestion has been sorted out too. Keep checking back for news and views on the show gardens and other exhibits at this wonderful show. In the meantime, make the most of your garden this weekend, it’s bound to be blooming lovely! TFG.