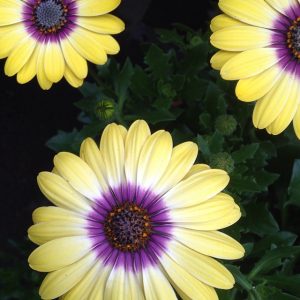 There is nothing quite like a visit to the Chelsea Flower Show to galvanize one into action vis-à-vis one’s own garden. I returned home on Tuesday night brimming with ideas but with an ominous stuffed-up feeling. I assumed this was related to the notorious Chelsea cough, only to find that by Wednesday morning I had developed a full-blown cold. Two days of self-enforced quarantine gave me time to knock out five Chelsea posts and one for the NGS, and by this morning I had regained sufficient vim and vigor to get back outside where I belong.

Before I could put all my Chelsea-inspired plans into action I had to visit the dentist and hygienist. Try as I may, I never get my ‘daily routine’ quite right. This time I’m guilty of brushing too hard and eating too many processed foods, which is apparently what causes the ulcers I’ve been prone to since I was a child. I listened to the advice, smiled, took it with a pinch of salt and went to Boots where I purchased some interdental thingies (which I’ll probably never use) before proceeding straight to my local garden center.

I already have a grand plan for the Gin & Tonic Garden but it will be a few years before this can be realized. In the meantime, I am trying to create a happy, flower-filled space with a vaguely yellow and purple theme. My palette has already been polluted by a deep red rose, which is the only planet in the garden that the previous owner had planted. Since he’s no longer with us, I feel it’s my duty to keep it going in his memory. It’s a healthy, vigorous, nameless rose, but the flowers have no scent, which is criminal. Truth be told I have a few other red-flowered plants, including Cestrum fasiculatum ‘Newellii’ and a rogue tree peony which was labeled as being yellow and flouncy but has annoyingly turned out to be burgundy and ordinary.

At the garden center, I succumbed to yet more plants when what I should have been doing is dealing with the ones I already have. I purchased armfuls of an osteospermum that has canary-yellow flowers with a plummy eye. It is optimistically called ‘Blue-Eyed Beauty’ (see above for evidence of lack of blue). Then my eyes alighted on Magnolia ‘Daphne’, which I have been coveting for some time. It is a small tree with properly yellow flowers that appear at the same time as new foliage – lemon and lime all at once. Dear Reader, I bought it (roll eyes, throw hands in the air). I know this was probably wrong of me, but it’s a small magnolia, the flowers are the correct color for my garden, and it was there … begging to be given a good home. Who was I to refuse? I immediately planted it in the largest terracotta pot I had to hand and eventually, I will plant it in the ground where it belongs.

My carpenter paid a visit to midday and frowned a great deal when I explained my plans for replacing the fencing around the Gin & Tonic Garden. I took this to mean a) it was going to be a lot of work and b) I probably couldn’t afford it, so this project may have to wait until next year. Since my standards tend to be elevated to unrealistic levels following Chelsea, there is no harm in him managing them down gently. As with the dentist, I smiled and nodded politely whilst I took the frowns on board. In the meantime, he’s starting the restoration of the outdoor kitchen and garage doors next week, both of which are jobs I’ve put off for too long and which need completing before I open the garden in August.

The joy of having the Gin & Tonic Garden as well as my original garden is that I can grow sun-worshippers again. The little south-facing corner created where the library meets the garden room is a sheltered sun trap, perfect for growing some of my tender plants. I change the grouping regularly so that it’s always looking fresh. Currently, I have Echium candicans (behind me as I write and still covered with bees), Polygala myrtifolia, Tulbaghia ‘Purple Eye’ and Prostanthera ‘Poorlinda Ballerina’. All are going great guns and helping me through that odd period between the tulips fading and the summer flowers gathering steam. Geranium palmatum, which I was so pleased to see shown on the Todd’s Botanics exhibit at Chelsea, is also starting to bloom, sending long stems of pink flowers out over the gravel patch.

Somehow everything seems to be turning a corner this week after the harsh winter and spring. Even those plants that were cut to the ground, including Fuchsia arborescens, Hedychium ‘Tara’, Melianthus major and Agapanthus africanus, are showing the first signs of recovery. Warm, muggy weather over the Bank Holiday will see them progress even further. In the greenhouse, the tomato plants I put in only a fortnight ago are producing their first trusses of flowers and looking very healthy indeed.

Although I remain without lupins, rammed-earth walls, a swanky new greenhouse or a showpiece sculpture, Chelsea compels me to try new things and set my standards higher. Whilst I will never be able to exercise the restraint of a show garden designer, I can still garden better. At the end that’s what Chelsea is all about; encouraging gardeners, nurserymen, and designers to up their game and reach for the stars. TFG.